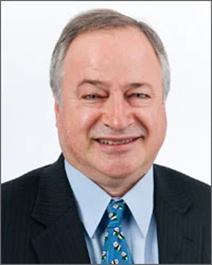 Alden Meyer is a strategic advisor on domestic and international climate policy and politics; he currently serves as a senior associate with E3G – Third Generation Environmentalism, an international policy advisor to the Blue-Green Alliance, and a Principal at Performance Partners, which provides a range of consulting services to clients in government, business, and the non-profit sector.

Alden has more than four decades of experience on environmental and energy issues, most recently as director of strategy and policy for the Union of Concerned Scientists and co-director of its Washington, DC, office. He is an expert on the United Nations Framework Convention on Climate Change, the Paris Agreement, and other aspects of international climate policy. He has attended the climate negotiations since they first started in 1991 and has served as an informal adviser to numerous UNFCCC Conference of the Parties presidencies; his analysis and advocacy have helped shape both U.S. and UN policies.

Alden also has extensive experience on energy and environmental policy at the state and national levels. He has testified before Congress on global warming and energy issues, has served on several federal advisory panels, including the U.S. Secretary of Energy’s advisory board, and has provided leadership on climate and energy issues in several national coalitions, including the Blue-Green Alliance, the Green Group, and the U.S. Climate Action Network.

Before coming to UCS in 1989 to start up its work on climate, energy, and transportation issues, Alden served as executive director of four national organizations: the League of Conservation Voters, Americans for the Environment, Environmental Action, and the Environmental Action Foundation. He received his undergraduate degree from Yale in 1975, concentrating in political science and economics, and received a master’s degree in human resource and organization development from American University in 1990.