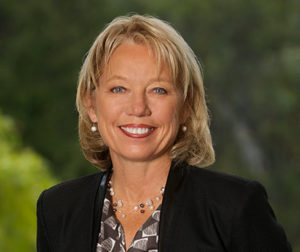 Catherine Reheis-Boyd has served as the President of the Western States Petroleum Association (WSPA) since January 1, 2010. She oversees the trade organization’s operations and advocacy in five Western states – California, Arizona, Nevada, Washington, and Oregon. Over her 31-year career at WSPA, Ms. Reheis-Boyd has held a variety of leadership roles, including a 2003 appointment as Chief of Staff and subsequent promotions to Executive Vice President and Chief Operating Officer. Prior to joining WSPA, Ms. Reheis-Boyd was with Getty Oil and Texaco working on environmental compliance at the Kern River Field in Bakersfield, California.

She currently manages a broad range of Association activities, including legislative and regulatory issues associated with transportation fuels policy, air and water quality, climate change, renewable fuels and alternative energy issues, crude oil and natural gas production and many other issues in WSPA’s five states, and beyond those borders into Canada and abroad.

In 2016, Ms. Reheis-Boyd was named Distinguished Woman and Petroleum Advocate of the Year by the California Latino Leadership Institute.