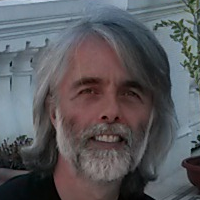 Head of Climate Change, Ministry of the Energy, Chile

Mr. Juan Pedro Searle is a Chilean professional with a scientific background on biochemistry. He has nearly 20 years of experience on climate change related matters, most of them dedicated to multilateral negotiations under the UNFCCC. As landmarks of this process, he has participated in the design of the Kyoto Protocol, the Marrakech Accords (in particular with regards to the CDM) and in the debate that culminated in subsequent landmarks under the UNFCCC such as the Paris Agreement.

He now works in the Ministry of the Energy as Head of Climate Change. In this role, he has continued to follow-up climate change negotiations concentrating efforts on market mechanisms, including Article 6 of the Paris Agreement; in the domestic context, he has been involved in carbon pricing design and implementation in Chile, mainly through the Partnership for Market Readiness Initiative (PMR) with the World Bank, for which he is the National Focal Point. He is also part of the COP Presidency Team.