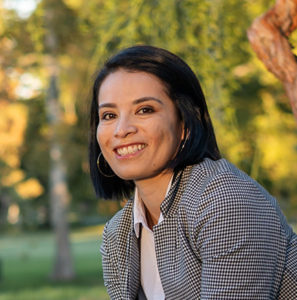 As Vice President of Programs for the Climate Action Reserve, Kristen oversees implementation of the Reserve’s registry services including the voluntary offset project registry, the Reserve’s role as a California Offset Project Registry, and Climate Forward; ensuring effective and efficient process across the programs. Her responsibilities include managing staff that provide support for the reporting, verification of emissions reduction projects and overseeing the verification accreditation program. Kristen and the Analytical team provide technical assistance to project developers and verification bodies, develop updates to the Program and Verification Program Manuals, and provide support for utilization of the Reserve software.

Kristen previously worked at the Reserve for 7 years, serving in several roles including Program Director, where she played a key role in implementing the Reserve’s role as Offset Project Registry in California’s cap-and-trade program. She also served as the Reserve’s Program Manager, where she was the lead in supporting the Forest Project Protocol, and as the Reserve Administrator, Program Associate and Program Assistant. After her time at the Reserve, she pursued another passion to work in the community and taught high school math and physics. Most recently, Kristen was a management consultant working to support federal hazard mitigation grant administration with the State of California. Kristen completed her Bachelor’s degree in health science with a concentration in community health and economics at Cal State Dominguez Hills, and has a Masters in Public Administration from the McGeorge School of Law at the University of the Pacific.