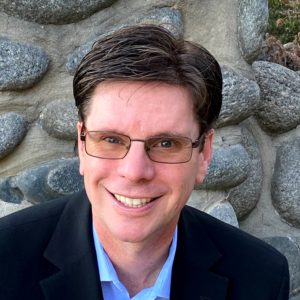 Robert Parkhurst has more than 25 years of experience designing and implementing environmental markets. His work on offset markets started more than 15 years when he was appointed by Governor Schwarzenegger to serve on the Board of Directors of the California Climate Action Registry. In that capacity, he approved the first version of the Forest Project Protocol. Since then, Mr. Parkhurst has been involved in the development of more than 10 offset protocols from refrigerant destruction to landfill gas destruction to more than seven different agriculture focused protocols.

Prior to founding Sierra View Solutions, Mr. Parkhurst spent six years at the Environmental Defense Fund where he implemented data and metrics programs that encouraged farmers and ranchers to reduce the greenhouse gas (GHG) emissions from their operations. The GHG reductions were provided or sold to companies to meet their voluntary or regulatory emission targets, including Walmart, Campbell’s, Microsoft, and Smithfield. Mr. Parkhurst’s approach and analyses have been published in multiple peer-reviewed journals, including Climate Policy and Rangeland Ecology & Management.

Mr. Parkhurst worked at Pacific Gas & Electric (PG&E) where he led the company’s ClimateSmart™ program, a first-of-its-kind voluntary program that allowed PG&E customers to balance out the GHG emissions from their home or company. This included the purchase of more than two million tons of carbon offsets on behalf of PG&E’s customers and promotion of the program externally with business, environmental, and community leaders.

Mr. Parkhurst has been widely recognized for his environmental expertise. He received a Climate Protection Award from the U.S. EPA for his leadership on climate change. In 2013 and 2016, he received “CARROT” awards from the Climate Action Reserve for his work developing credible, accurate, and consistent GHG reporting standards. The American Carbon Registry awarded him with their Innovation award in 2015.

Mr. Parkhurst has served on multiple boards identifying and implementing climate change solutions. He co-chaired a California Air Resources Board (CARB) to co-chair a committee to develop a long-term research plan to identify the science to reduce emissions from dairy manure and enteric fermentation (cow burps). He was appointed to the CARB’s Compliance Offset Protocol Task Force representing the agricultural community. The Task Force identified and recommended new Compliance Offset Protocols for use in California’s Cap-and-Trade Program between 2021 and 2030. Mr. Parkhurst currently serves on the Board of the Clean Power Alliance which purchases electricity for approximately three million customers across 32 communities throughout Southern California. He is also on the City Council for the City of Sierra Madre.