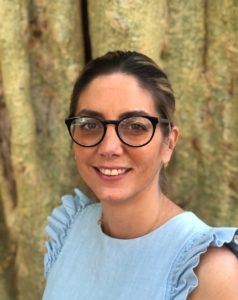 María Teresa Tattersfield, is currently the forest carbon Manager of WRI Mexico. Responsible for designing the largest forest carbon capture project in Mexico; develop the necessary alliances with key actors for the field projects component, as well as for monitoring and influencing public policy in Mexico, seeking co-financing, and executing the project as a whole for 5 years. The objective was to achieve 202,000 ha in total under the CAR Protocol, one year after the project began, there are already 83,000 ha working.

For the past 10 years, she has been involved in the design and development of methodologies and protocols that have been implemented in Mexico with great success in the sale of offsets in the international market; such as The Climate Action reserve Forest Carbon Protocol for Mexico (released in 2014), Carbon Capture for Cactus Opuntia (currently in validation process with CAR), The Mexican Forest Carbon Standard from de Mexican Ministry of Environment (Semarnat), among others.

Previously, she was in charge of the National Program of Natural Solutions of the Tecnológico de Monterrey University, promoting conservation programs through economic instruments, advising the Neutralízate Program of the Pronatura México organization, in the years when the voluntary forestry market in Mexico was consolidated with Pronatura pilot projects that are now the benchmarks in Latin America.

She has been part of the special team of advisers in sustainable development and climate change for the Foreign Ministry of the British Commonwealth Government, and was in charge of the relationship with the priority states on mitigation and adaptation issues, promoted the realization of the first Plans State of Climate Change, as well as political analysis and preparation of recommendations for decision making in the design of agreements and memoranda of understanding in the Mexico-United Kingdom relationship on issues such as low carbon economy.

On the other hand, she has been responsible for the elaboration of strategies that combine the efforts of local and federal governments in the development of international initiatives such as Methane to Markets. In her work at the Ministry of Environment and Natural Resources, she coordinated initiatives such as the restoration of the Lerma Chapala Basin. She has also coordinated cooperation projects for Mexico in the field of rural training with different international organizations and institutions such as the CEC, USAID, UNDP, etc., and has had the opportunity to participate in several publications of the same.

Teresa is an expert in project execution and evaluation, with extensive experience in the federal government, non-governmental organizations, international organizations and academia.